The introduction of the 18th Edition wiring regulations (BS7671) in January 2019 has made a substantial impact on cable installations, and electrical contractors need to make sure they are fully up to date and compliant with the changes.

In a fire, falling cables present a major risk in public buildings – not just to those trying to exit, but also to the firefighters going in. Plastic trunking is liable to melt quickly in the early stages of a fire, and when combined with the weight of the cables within, the whole structure is likely to come down. As a result, exit routes are blocked and for firefighters trying to tackle the flames there is a real risk of equipment becoming entangled. This has directly caused the deaths of 8 firefighters in the UK between 2005 and 2010 and was the driving force for the new round of changes in legislation – a move that has been welcomed by the Fire Service.

As a result, all cabling that is not secured in metal trunking or cable tray now needs to be installed with cable clips that are fire resistant.  This means plastic cabling fixings can no longer be used as the sole means of fastening cables.

Previous regulations applied only to escape routes, whereas the new edition has been updated to include all access or egress routes – in other words, any overhead cable will need to be prevented from premature collapse during a fire, not just those in exit routes.

The good news is that existing installations that have been installed in accordance with earlier editions of the Regulations do not need to be replaced entirely – the cable management can be supplemented by fireproof metal fixings, such as the range of cable clips from D-Line.  Designed to fit into existing PVC trunking, the clips have been extensively tested by WarringtonFire up to 2 hours at 970°C and are a cost effective way of ensuring complete compliance to the 18th Edition requirements and, most importantly, safety of building occupants in the event of a fire. They can also be secured direct to surface for larger cable bundles, and they’re easy and quick to install.

With more and more of these products becoming available in the market, and such a potential for risk to safety and lives, now is the time for tradesmen to get ahead and upgrade their fixings to the new standards. 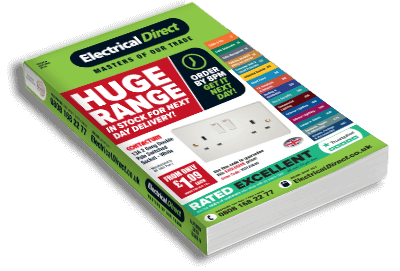 Over products for next day delivery

Get you free catalogue now!